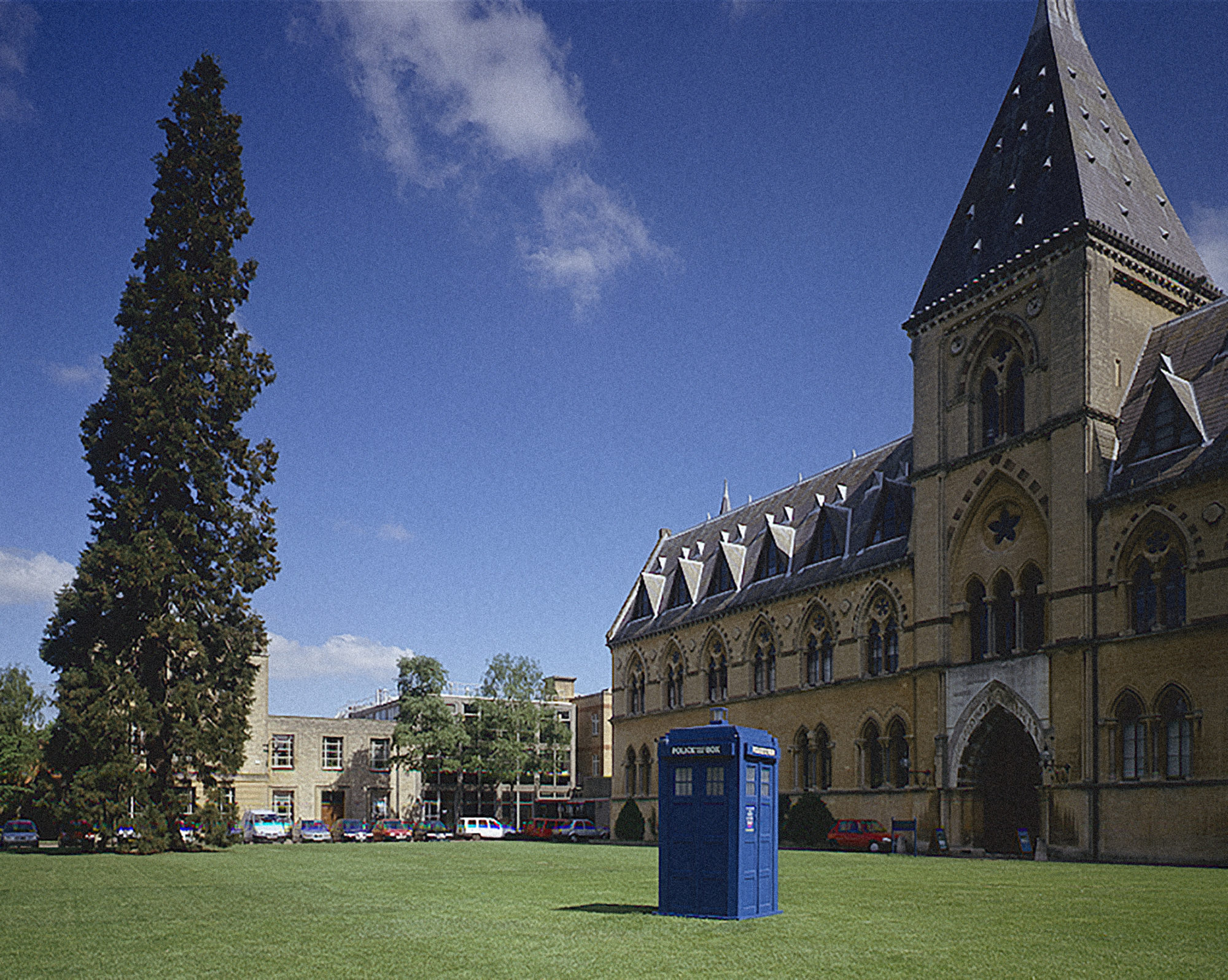 Time and Relative Dimensions in Space was the outcome of a residency that Mark Wallinger carried out at Ruskin School of Drawing & Fine Art and Oxford University Museum of Natural History in 2001.

Wallinger’s aim was two-fold: to make a work that would engage children who visited the museum and to create a poetic link to the institution. Out of this came a proposal which looked at the museum as a repository of time and memory. The TARDIS (from which the acronym of the title is derived) in the TV series Doctor Who, plays a powerful role in many children’s imagination: it is immediately identifiable, both humdrum and extraordinary, and offers a route through to impossible pasts and futures.

When the work was installed in the grounds of the Museum of Natural History it was dismantled over night by Doctor Who fans wanting to acquire memorabilia for their collection. The following day the commissioners installed half a ton of ballast in the bottom of the Tardis, and replaced all protruding collectable items with superglue. It remained untouched for the remainder of the show.