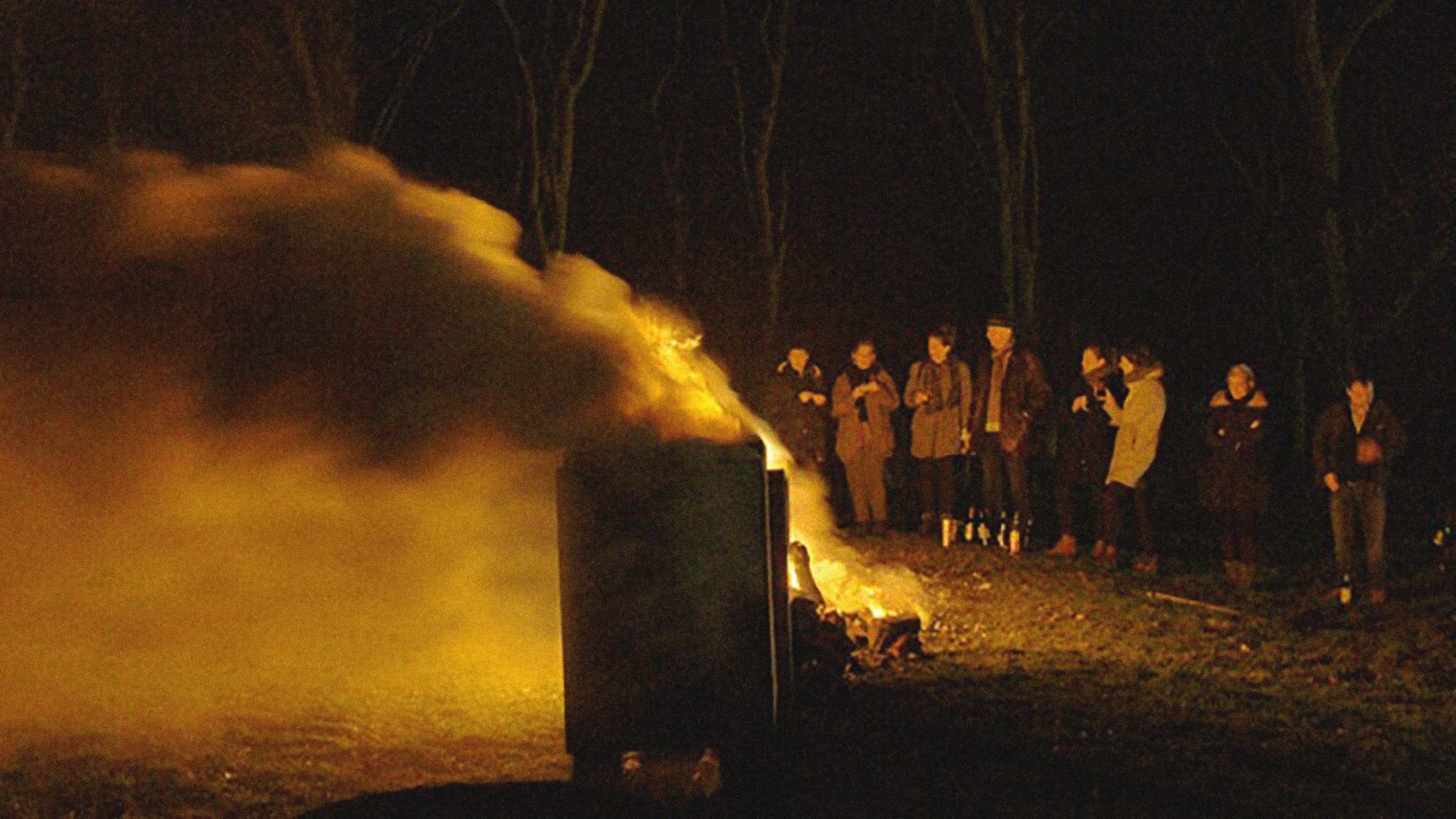 Henry VIII’s Wives were a collective of artists who worked together from 1997 to 2014. Key members included Rachel Dagnall, Bob Grieve, Sirko Knupfer, Simon Polli, Per Sander and Lucy Skaer. They were all graduates of the Environmental Art Course at Glasgow School of Art and were based across Europe in Scotland, Norway and Germany. Their name derived from their first show which took place at the time of Lady Diana Spencer’s death in a car chase in Paris (1997).

The group developed a reputation for making works and performances that followed a playful but obtuse line of thought that seemed to revel in failure, including the creation of a portrait of Che Guevara using coffee beans; an on-going attempt to build a full size version of Vladimir Tatlin’s famously unbuilt Monument to the Third International (1919–21) in various pieces and locations across the world; a 1:1 scale model of the Neolithic Orcadian settlement Skara Brae; and the construction of a barely functioning rowing boat (The Bang Larsen) for a performance called Henry VIII’s Wives Row Away.

On a cold November night in a forest by the sea in Arbroath, Scotland, Henry VIII’s Wives organised a ceremonial burning of one of their key works: an enormous, beautifully crafted, wooden organ pipe sculpture that was capable of producing a very low 8 Hz note. Titled The Lowest Note of an Organ = The Length of a Fingernail Grown Since 1730 = 8Hz, it was presented in galleries and used within performances across Europe over its ten year life span, including CAC Vilnius, Lithuania (2005), Kunsthalle Fridericanum Kassel, Germany (2006), and Cooper Gallery, University of Dundee, UK (2014).

This final performance, entitled full stop. Dot dot dot, marked the official ending of the collective’s seventeen year partnership. An invited audience of local people, artists and curators witnessed both the demise of the work and the conclusion of Henry VIII’s Wives. The burning could be reflected on as an act of love, comradery and catharsis, but also, perhaps, as a display of desperation, violence, and a mark of things undone.