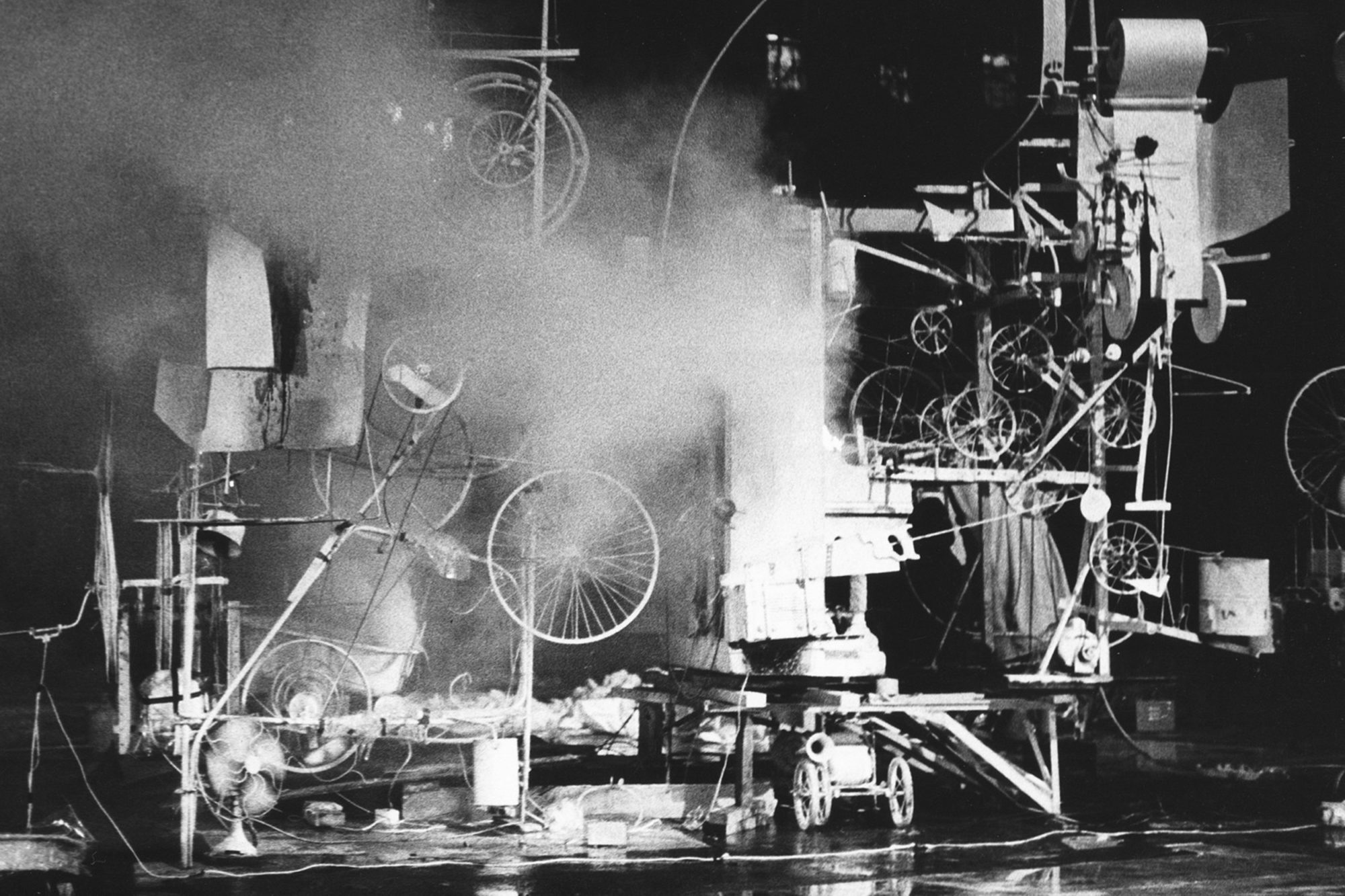 Jean Tinguely was invited by the Museum of Modern Art in New York to produce a work to be performed in the Sculpture Garden in March 1960. In collaboration with other engineers and artists, among them Billy Klüver and Robert Rauschenberg, he produced a self-destroying mechanism that performed for twenty-seven minutes during a one-night-only public event for two hundred and fifty invited guests.

During its brief operation, a meteorological trial balloon inflated and burst, coloured smoke was discharged, paintings were made and destroyed, and bottles crashed to the ground. A cacophonous round of sounds including metal drums, a radio broadcast, a recording of the artist explaining his work, and a competing shrill voice correcting him, provided a sound track to the machine’s self-destruction. A man in uniform presented Tinguely with a document he took to be an expression of enthusiasm, but which turned out to be a citation for disturbing the peace and violating the city fire code.

When the sparks escalated into flames and a portion of the machine broke away, crashing into an NBC camera crew member, a New York firefighter intervened and doused the machine with water, bringing the performance to an abrupt end.

Tinguely referred to this work, and many of his other sculptural machines, as a “self-constructing and self-destroying work of art”. His was a precursor to the work of many contemporary artists including Michael Landy, who take a critical, often satirical, view of mass production in our advanced industrial society.