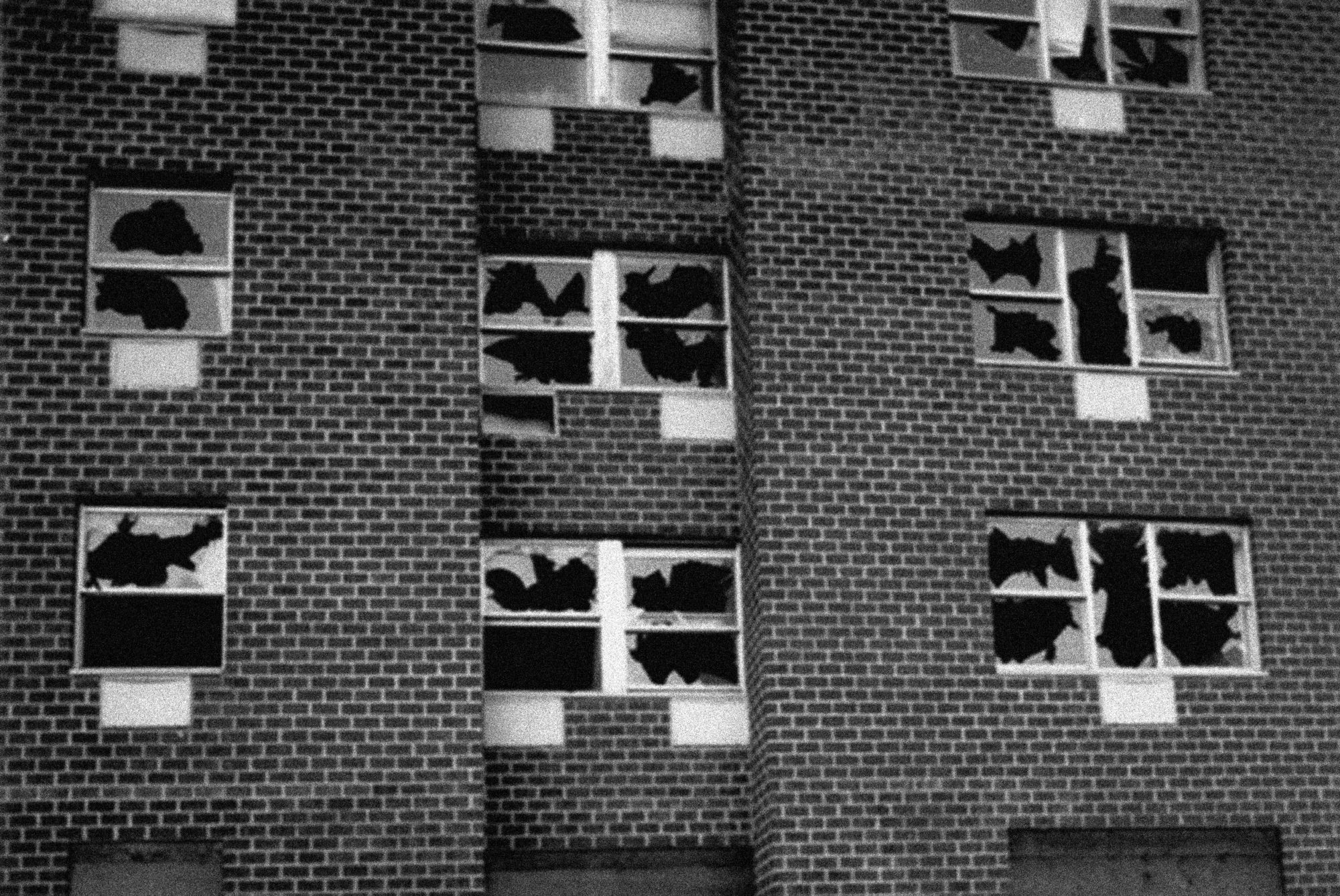 In December 1976 Gordon Matta-Clark was invited to participate in the exhibition Idea as Model hosted by the highly respected Institute for Architecture and Urban Studies in New York. Consisting mainly of proposals by aspiring architects offering utopian visions of future cityscapes, Matta-Clark’s aim was to introduce an element of realism through documentation of derelict buildings in the Bronx, an area that had been failed by architectural idealism.

He proposed a small-scale cutting in one of the seminar rooms but turned up on the afternoon of the opening with an air gun, asking for permission to shoot out a couple of the windows of the Institute instead. He argued that the windows were already cracked and would be good frames for photographs he’d taken of housing projects in the Bronx.

Permission was granted and Matta-Clark proceeded to shoot out all the windows on the floor of the Institute while raging against the university authorities and architectural ideologies they supported. He expressed particular bile for the purist approach of grand masters of architecture such as Richard Meier and Michael Graves, whose sophisticated models were also in the Idea as Model exhibition: “These are the guys I studied with at Cornell, these were my teachers. I hate what they stand for.”

He placed a photo in each casement showing a new housing project in the South Bronx, whose windows had been smashed by residents. The windows were swiftly boarded up before the opening, but the work went down in the university’s history as an act of intellectual heroism or stupidity, depending on your viewpoint.