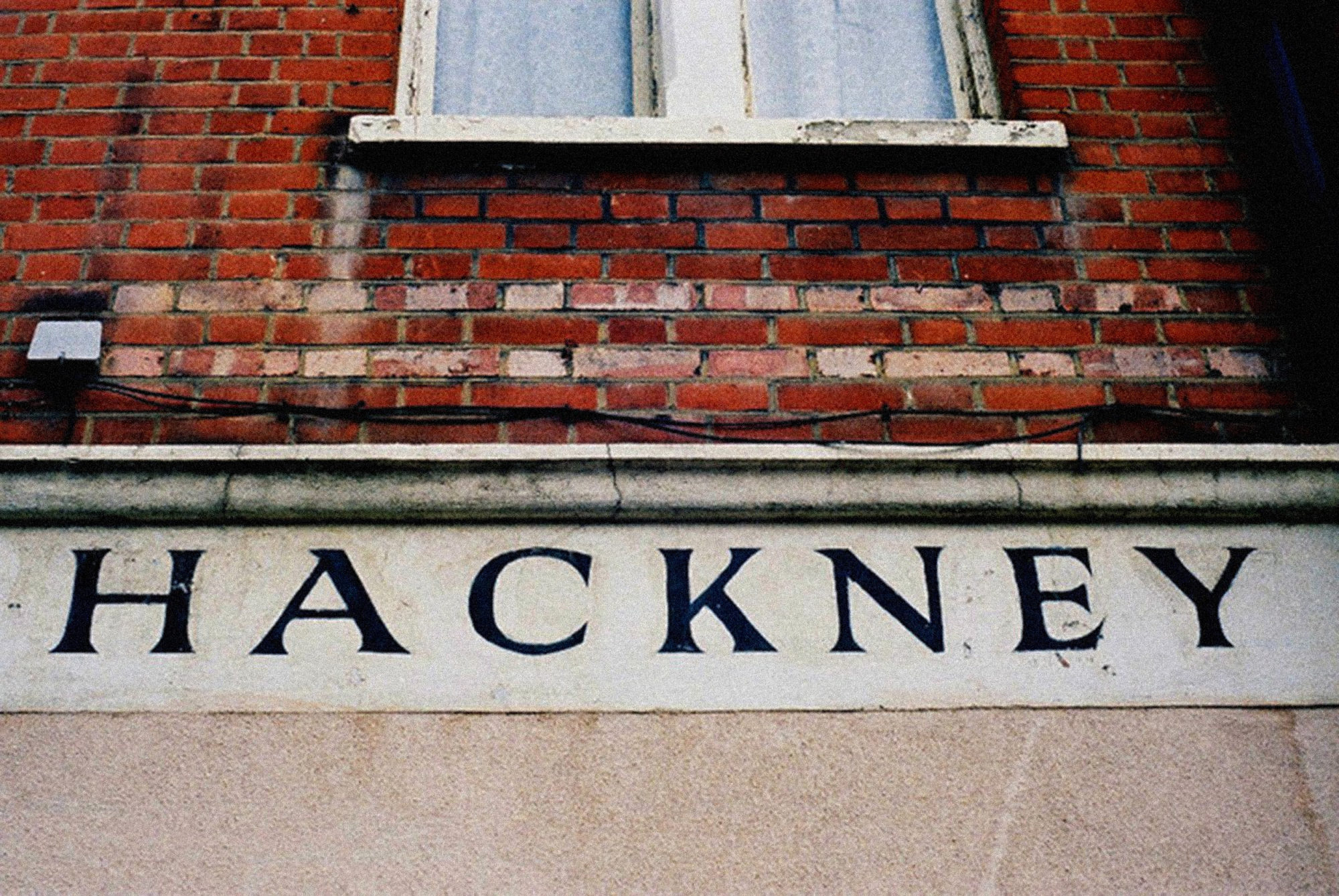 The destruction of neighbourhoods and family ties is an on-going, seemingly inevitable, by-product of perpetual growth. Nephertiti Oboshie Schandorf weaves a personal narrative about her relation to the London streets in which she grew up, recalling the energy that resides in the past, and reflecting on the ways that time, memory and history interweave.

Glenarm Road
It’s New Years’ Day and time has left me. I had taken something that made the world turn blue. The sun has come up and I am counting money. It must have been interminable because the mood is cold. The corner shop keepers have no time for me. Time has left me. It’s here that everything starts to fade and folds in on itself. It had been a stress to get to you. We had avoided fights and potential bottlings while shunted and stilted at overcrowded bus stops on New Years’ Eve. We were in Stamford Hill, where the road splits towards Tottenham. By the time we had arrived. I was done. Like, seriously, done. It was time to dance and feel time fold in on itself and through me. I took something that had made the world turn blue. Maybe fifteen years later and less three days, I am in a pain coma. Pacing around a wet room at Homerton Hospital’s birthing centre. Everything had turned red. Each contraction pulling me through multiple presents. Time folds and memories fade. 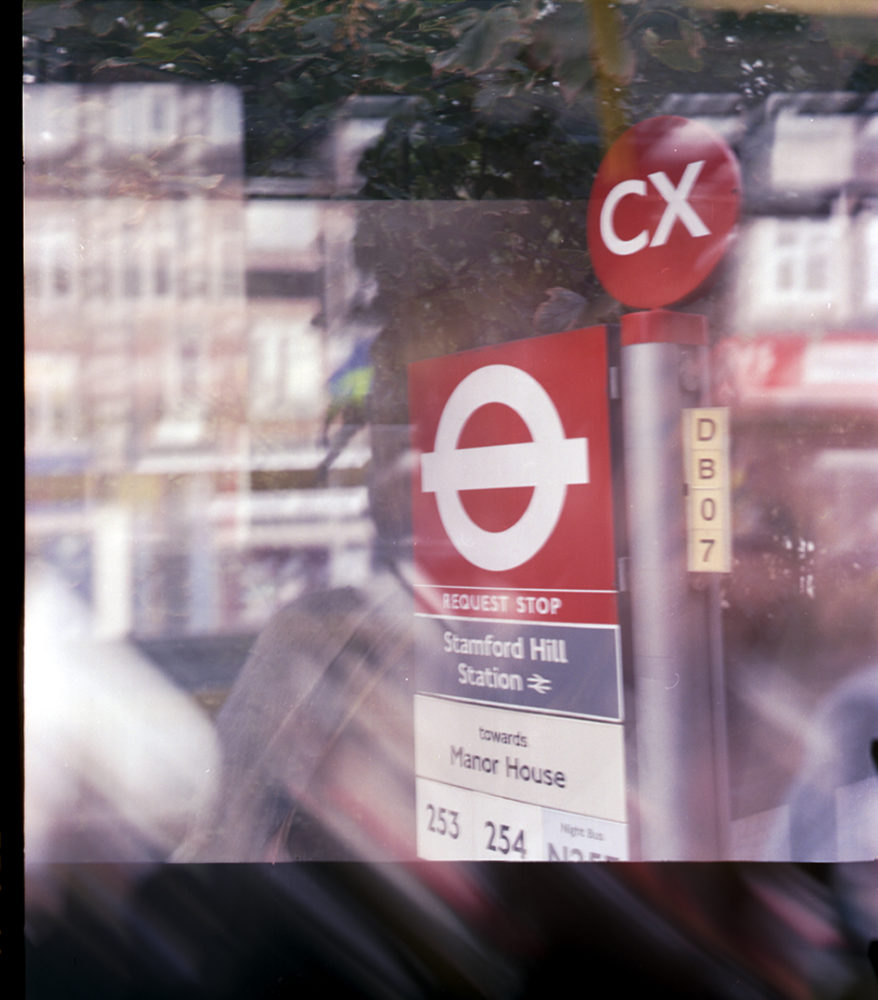 Victoria Park Road
Maybe it’s 1989. Heavy vehicles rumble up the road. I don’t know how we got there. We had not always lived there, even though it felt that way. We had previously been in temporary accommodation in Essex. I don’t know how we got to England or even why. Google tells me that there had been a military coup back home a few years before I was born. Home is a straight line down from here to there via the meridian. Home is where one is and where one should be. The windows would vibrate like the coils on a snare drum and I would wake up. Thirty years later I still dream about the flat on Victoria Park Road. It’s a splinter that if removed would cause me to bleed out. Is it the past that is a foreign country? Memories fade and fold in on themselves. My parents had already left for work. My mother would go to a television studio at the South Bank. Back of house and behind the scenes. She would clean the offices and I would watch rehearsals. There was a newscaster who would spit in the bins. For as long as I live, I will never forget the smell of cleaning.

Dalston Market
Some Saturdays, my mother would take me to the market. I was a brat about it. There should be a photograph of me at about six years old standing at the corner of Kingsland Road in a blue and white dress crying my eyes out for a toy that never became mine. If you are of the area, the ‘ɛl’ in Dalston is silent. It’s the Dalston S[h]ibboleth. If you listen carefully, past the contentious pricing of sourdough and generational displacement you can hear a perturbed east Londoner ask ‘What the fuck is DAAHL-STON’. From a very early age the market taught me to negotiate crowds and outwalk grown men while in my Haggerston blues. It used to be called The Waste because at the end of trading, blood and cardboard mulch would pool in the gutters. The butchers smelt of wax and red exposed flesh. Their chickens contained unlaid eggs at various stages of development that we would pluck out and add to soup. There is a special type of cruelty reserved for the females of the species.

Waterloo
We are walking and I am holding onto my mother’s arm. It’s after a shift at the studios. We are under a bridge and into darkness. There are dozens of eyes on us. In my current memory they were white eyes set against pitch. Fifteen or so years later, I would read about how the ancient Greeks theorised that the world was illuminated by the opening of one’s eyes. That is, light came from the viewer and landed on objects. Even though I didn’t know this theory back then, from what I remember of that moment, I could still believe its veracity as an adult. Like, as of today, I couldn’t doubt it 100 percent. It still seems to me that each pair of eyes contain their own light source. The existence of Cardboard City felt like a priori knowledge. Like, ‘this is your mother, this is your father, and this is where two hundred people sleep at night’. How does that sit right in a country that is so proud of itself? A country that commemorates winning a football match after thirty years have passed.

Holcroft Road
Waiting near the bus stop outside Orchard Primary School. It’s probably 1996 and I am doubled over the railings with undiagnosed endometriosis and polycystic ovaries. Someone once said that women are made of pain. Believe them.

Weymouth Terrace
We were talking in the kitchen about the old days, the before times and the value of £1. Essentially, a fiver was like a £50 note and £1 was just about enough to do what you wanted. At Dalston, you could buy a packet of Bmac plantain crisps and a drink, and walk home, or get on the bus with your crisps and be thirsty all the way back. Our friend’s dad made the crisps and she would bring them into school and sell them, undercutting his price. I recently learnt an expression ‘The Devil works hard but Nigerians work harder.’ Haggerston was a girl’s school and had so much hustle in those days. Tight-kit, full of chat, and the occasional sound of a chair scraping the floor before being lobbed at a window. When I was fourteen, a few of us were assigned mentors. Our group were connected with UBS. The distance between school and their offices remains just over a mile but culturally may as well have been an unaccompanied trip to Paris. The day we went to collect our GCSE results we found out that one of our friends had died of meningitis. The memory of those hours is the ripple of sobs and shuddering adolescent group hugs. Time folded in on itself and I had somehow ended up in the Docklands eating sushi, venting misaligned displaced energies onto one of my mentors. That evening one of my closest friends and I tore into Hoxton and drank enough absinthe to turn the world green. I will never forget the look on my mother’s face when an approximation of her daughter burst home, nor the vomiting of part-digested sushi that tickled my throat. My mother gives the best hugs. She smells of cocoa butter and onions. Like a maternal niter kibbeh. We were talking in the kitchen about the old days, the before times and the value of £1. We spoke about how we can’t afford to live near our mothers and childhood friends anymore and agreed that it was sad. 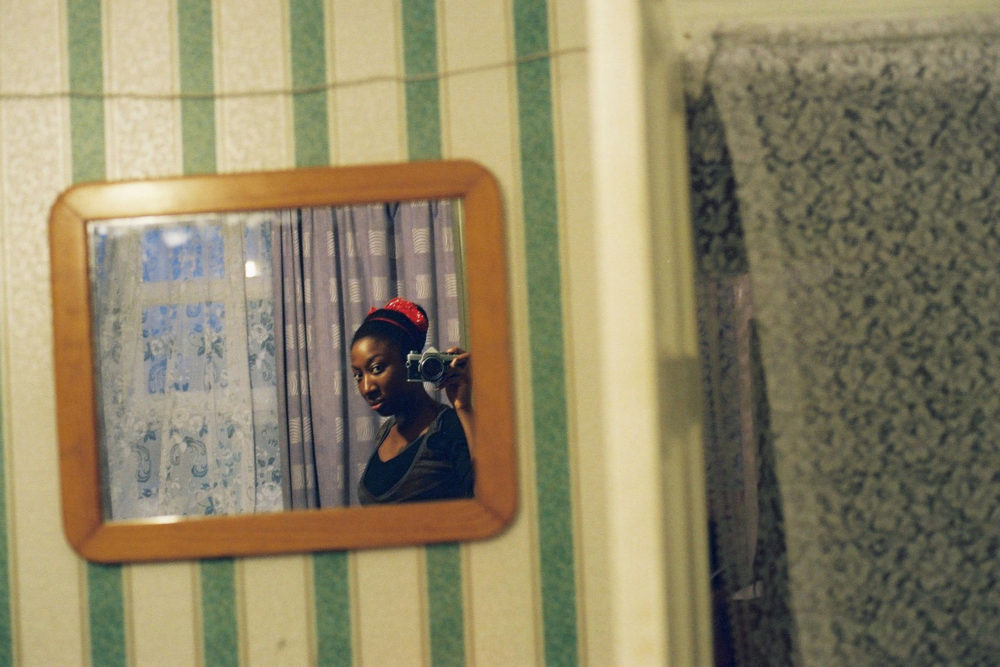 Homerton
The sound of a significant amount of water hits the floor. Maybe lino? Apparently, it was blood. My spouse tells me that it wasn’t that much but much more than they would have been happy to lose in one go. I thought it was a good idea to wear cashmere bed socks. It was not. My waters broke and they had to come off. Same with the silk kimono. The labour had been induced. We were on a schedule and had gone to eat after an attempt of a membrane sweep. At a small Nigerian restaurant a ten minute waddle from the ward we ate beef suya. There are blank spots as the memories have faded. But I remember that the baby didn’t cry when they were born. That black women are five times more likely to die during childbirth. That no one tells you that for a week after you give birth you smell like a butcher’s and that when the oxytocin hits, you are rewired into a type of love that makes you wonder what you ever did with your life before that moment.

There’s a lot that we don’t remember.

Terrace Road
You know that feeling (from the before times prior to this latter-day plague) when you were out and would see someone you recognised? Do you remember how your whole body geared up for them? In a few microseconds, you moved through the various outcomes and conversations by way of your mental rolodex. How you will laugh, how you will ask after their sibling/s or parent/s. How you will take in their face and the way they pause to pull thoughts together and into words. And you realise how much you needed them in that moment because they are connected to thousands of other moments? Once, when I was about nine years old, I saw my mother as she was coming back home from time away in Ghana. She was in her fabrics and her round shoulders were bare. I called for her and the sound of my voice in this memory has been replaced with the sound of our child’s as they excitedly call for me. It’s a voice filled with punctuation marks and bounce. I ran up and squeezed her so hard. As she pulls back to look at me, she is a different woman. Not that Ghana has changed her, but that this woman is not my mother. She shared a sadness with me that perhaps I can only really understand now. But the feeling of that memory is Hackney for me. I run to it and try to embed within the spaces that formed me but time has folded in on itself and there’s no difference between three years and ten, aside from who else remembers it too. At some point, the children of the little kids on the estate won’t recognise us anymore. The shopkeepers will have moved on because it’s been thirty years and they want a home somewhere warm and where they are recognised. We still call the shops by the names of the men who ran them and as these markers are removed like splinters and consigned to some strange type of damnatio memoriae. We bleed out and away from home and our movements displace others. Everything keeps folding in on itself.